Novak Djokovic and the Power of Story 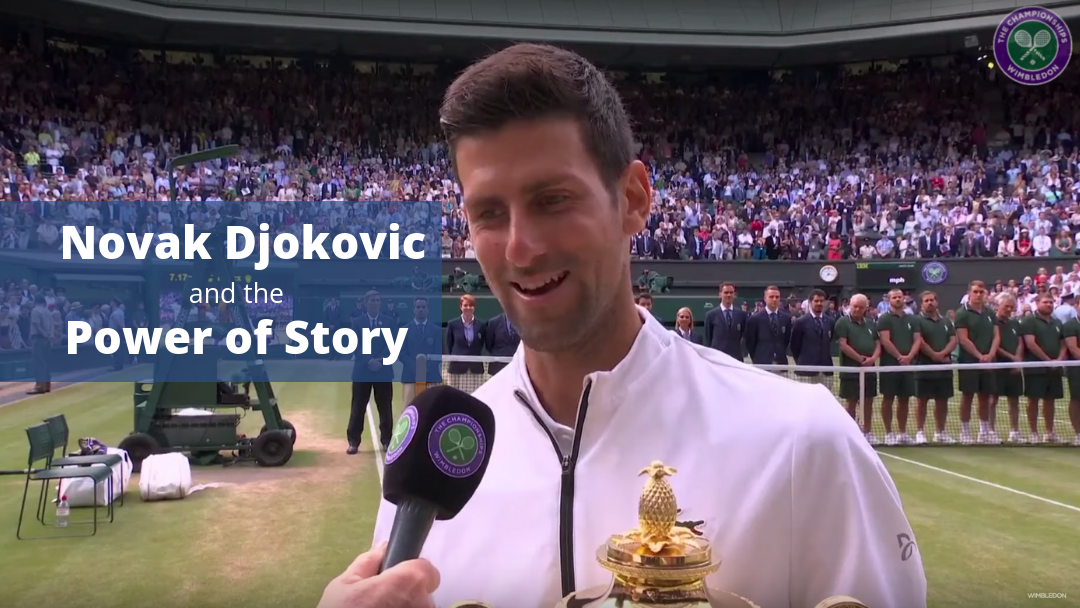 There is nothing more powerful than a story. I preach that everyday at Moarly Creative. But sometimes that power even takes me by surprise, like when tennis star Novak Djokovic won his fifth championship at Wimbledon.

I’m a former sportscaster so I know a lot about sports. Probably too much. I lightly follow tennis but I rarely watch it on television. But I got totally sucked in to the 2019 Wimbledon men’s final. It featured two tennis greats, Roger Federer and Novak Djokovic, battling in what will go down as one of the greatest finals ever. Djokovic eventually outlasted Federer in a fifth set tiebreak — the first ever in a men’s grand slam final.

I’ve covered multiple championships that Djokovic has won, but aside from his successful moments, I didn’t know much about him. Admittedly, I was hoping to see Federer win another grand slam title — not Novak Djokovic. But my feelings about Djokovic changed when I watched his post-match interview.

When asked about winning his fifth Wimbledon title, instead of answering in the same old cliches we’ve heard a thousand times, Djokovic told a story:

“When I was a boy, four or five years old, growing up and dreaming to become a tennis player, this always has been the tournament for me, where I wanted to participate, where I wanted to win one day. I used to make the trophies out of different materials in my room and just imaging one day I would be standing here.”

It’s a story that lasted all of 20 seconds, but it will have a lasting impact on me. I could picture myself as a young boy, playing baseball in the front yard, dreaming of being a big leaguer. I felt instantly connected to him. Unlike me, Djokovic is living his dream, and you can tell how much it means to him. And it suddenly meant something to me.

Had Djokovic answered in standard sportsisms (yes, I made that up), I would probably still be sitting here wishing Roger Federer won. But instead, thanks to a single story, Novak Djokovic has a new fan. And that is the power that everyone in business should harness. A simple 20 second soundbite — that’s it — changed my entire prospective. And it can for your potential customers, too.

What story do you want to tell? We can help at Moarly Creative. With more than 15 years of storytelling experience, we will bring your stories to life. Please contact us or connect with us on Twitter, Facebook and Instagram. Let’s share your stories together!