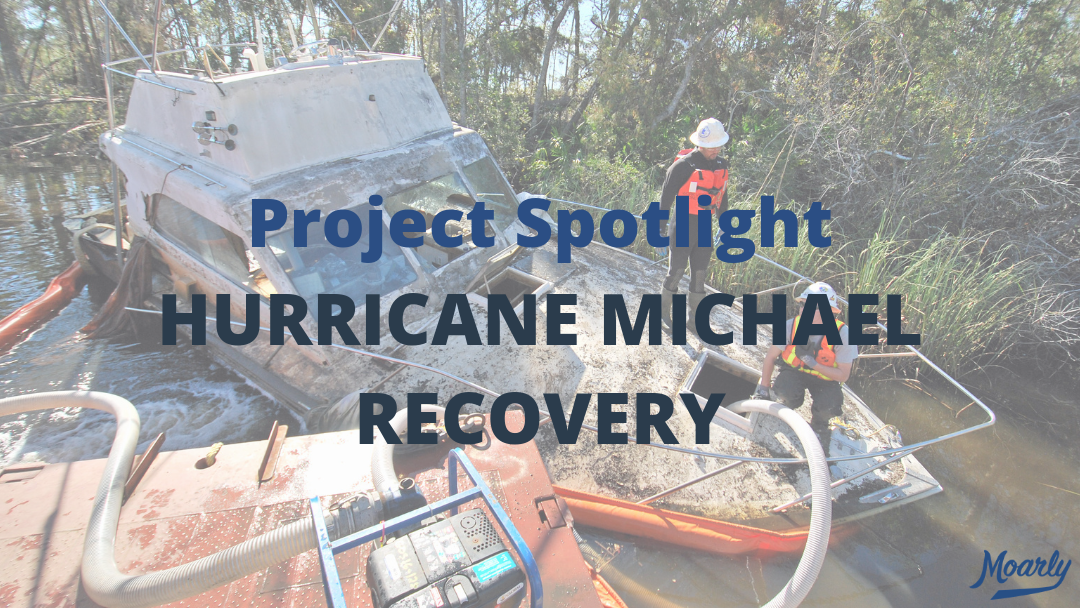 I love working in video production because it can take you all over the world, and it reveals people, places and things that you wouldn’t normally see. There is no greater truth to that than covering Global Diving & Salvage as they provided recovery efforts after Hurricane Michael devastated the Florida Panhandle.

I worked in television news for more than a decade, so I have witnessed some crazy things in my life. I mean, pretty terrible stuff. But what I saw during this video shoot in Florida was unlike anything I had ever seen before.

Hurricane Michael truly leveled parts of the Florida Panhandle. We were based in Panama City for the video shoot, where the storm had damaged buildings and roads. But the bulk of the destruction we saw was in Mexico Beach. The small community was virtually wiped out by the eye wall of Hurricane Michael.

We’re jovial guys. We enjoy our shoots. We get to do video production for a living, and it’s truly the best job in the world. With that said, we were speechless as we drove through Mexico Beach. Homes were ripped off their foundations and trees were snapped in half – not blown over – the trunks were seriously snapped like twigs. As Katie Stewart of Global Diving & Salvage said in our interview, “It looks like a bomb went off.”

That was the devastating side of the story, but the uplifting part about the video was the recovery efforts by Global Diving & Salvage. They were on-site in Florida just weeks after Hurricane Michael hit and they spent months helping to clean up the area.

During a hurricane, vessels of all kinds are blown around waterways or ashore. Global Diving & Salvage was hired by the Coast Guard to be the main contractor for what is called Emergency Support Function #10. In the simplest terms, Global removed oil and hazardous material off the vessels and then took away them from their wayward locations. This is no easy task; we are talking about hundreds and hundreds of vessels.

Take a look at the video we put together for Global Diving & Salvage to better understand the incredible work they do following hurricanes:

As for a former news guy, this was an interesting video project. You hear about hurricanes when they happen, but the news cycle is so short that you never really hear about the recovery. Two months after Hurricane Michael blew through Florida, it looked like the storm had just hit days earlier. But progress is being made thanks to companies like Global Diving & Salvage, who are making an impact one vessel at a time.

At Moarly Creative, we are willing to go anywhere at anytime to tell amazing an amazing story like this. Please feel free to contact us at Moarly Creative. You can also connect with us on Twitter, Facebook and Instagram. We look forward to hearing from you!

Click here to learn more about the incredible work Global Diving & Salvage is doing all over the world.