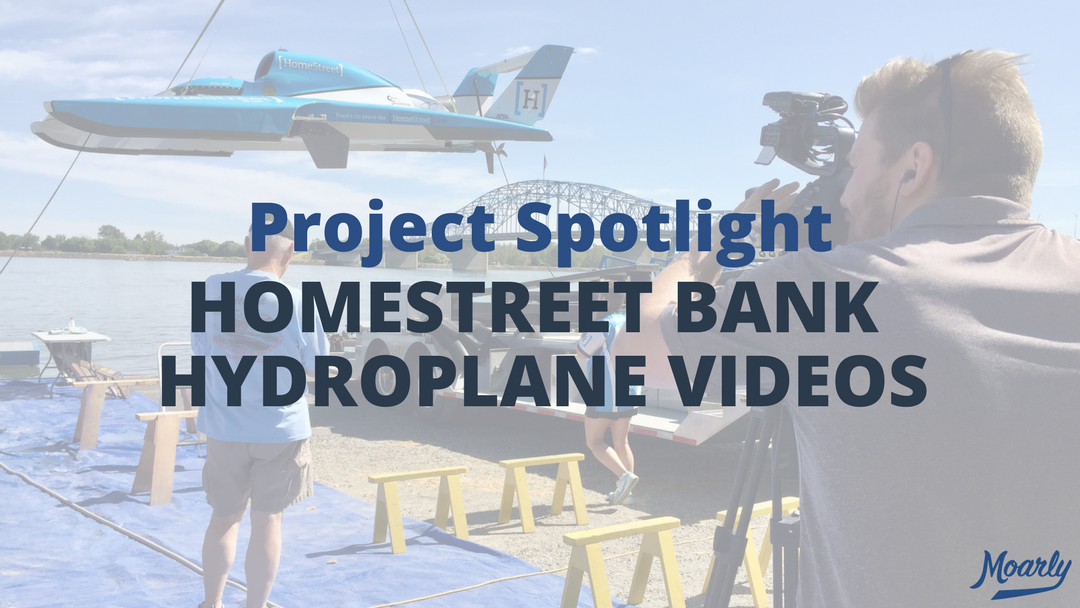 HomeStreet Bank does so much more than banking; they’re also ingrained in the communities they serve. On top of volunteering their time, they also proudly sponsor the Seattle Seahawks, Seattle Sounders, and even a H1 Unlimited hydroplane.

To help promote their sponsorship of the U1 Miss HomeStreet hydroplane and add excitement to the racing season, HomeStreet Bank partnered with us to create a series of social media videos. 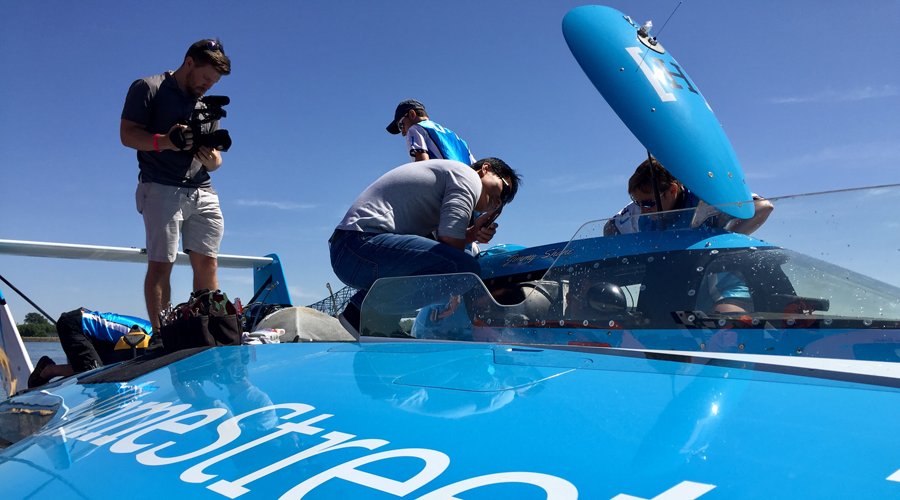 In a single day, we drove from Seattle to Kennewick for H1 Unlimited testing on the Columbia River, interviewed the U1 Miss HomeStreet crew and driver, gathered exciting footage of the hydroplane, and then drove home from Kennewick to Seattle. It was a lot of hours in the summer heat, but it was worth every second. If there’s one way to describe how we work at Moarly Creative – we love to grind.

In all, we delivered nine videos to HomeStreet Bank (yes, nine videos from a single shoot day), including a hard-hitting race season promo…

…a video to get people interested in hydroplane racing…

…individual stories on the crew and driver…

…and videos about the HomeStreet Bank hydroplane sponsorship:

We’re often asked what our specialty is at Moarly Creative, and the answer is always the same: storytelling. That’s our bread and butter, but it’s not the only thing we can do. The HomeStreet Bank hydroplane videos showcase our versatility. We tell compelling stories, create fun promos, and do anything a client requests – and we do it really well.

Upon delivery of the hydroplane videos, HomeStreet Bank Senior Marketing Specialist Colleen Fehler emailed, “We really love what you’ve put together here. It’s exactly what we were hoping for.”

If you are looking for awesome video production in Seattle (or anywhere else in the world), you’ve come to the right place. Please feel free to contact us and/or connect with Moarly Creative on Twitter, Facebook, Instagram, and Vimeo.

You can also click here to learn more about our friends at HomeStreet Bank.